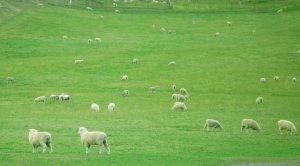 The environment is a major concern for most people within the UK. Impacts of pollution are causing issues at a faster rate tan ever before. People are starting to realise that the actions they take can make an immediate impact if they are not careful. Climate change is one of the big news stories in the UK. Some islands are being destroyed by rapid climate change. Animals and plants suffer great losses when the environment changes suddenly. Plants wither and die, and animals must seek new areas that are rich in life. Warmer temperatures cause some cold weather species to move, or to perish. Other issues, such as dumping garbage, have made headlines in regard to UK water quality.

Dumping is defined as disposing waste in an unlawful and harmful manner. People tend to dump harmful pollutants due to laziness or a complete disregard for the world that they live in. Thankfully, many UK people are recycling. They take the time to package their recycled goods to be picked up and processed. This enables them to make a positive impact while reducing landfill waste. Other recent news stories relate to rivers. Dams are used to divert water, or to store it for human consumption. The damming of rivers causes major issues. Fish that ned to move up river to spawn have no way to do so, thus threatening the survival of the species. Dams also have the potential to cause catastrophic flooding conditions in some areas as well.